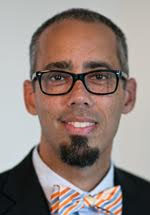 In January 2018 at the Township Council reorganization meeting, Christopher Bobbitt was elected by his colleagues to serve as Mayor of Lawrence Township for a two-year term. In his speech upon being sworn in, Mayor Bobbitt spoke about the township’s shared history and its desire to evolve to meet the challenges of the future.

Using the township committees, residents, and businesses as resources in guiding what the Township does, Mayor Bobbitt looks to using the triple bottom line framework taken from the environmental movement as a way of guiding him over the next two years. By evaluating Township performance on the three Ps of people, planet, and profits, Mayor Bobbitt is working to ensure that the Township moves forward in a way that benefits all residents of Lawrence. The first priority of the Township is to deliver a high level of service to its residents, businesses, and visitors, the “people” in the framework. Next, the Township, along with its residents, should be good stewards of the environment, the “planet” portion. While the first two Ps are important factors, without a strong financial tax base or “profits,” they cannot be fully addressed. That is why it is important to continue to have proper and desired growth in the right parts of town to strengthen our local business districts and neighborhoods.

Mayor Bobbitt’s service to the Township started soon after arriving in 2004. He was selected for a position on the Growth & Redevelopment Committee, which focuses on the growth and stability of local businesses. Within a few years of service on that Committee, Christopher was asked to become a board member of Sustainable Lawrence, an organization focused on creating a more ecologically sustainable community. In addition, he served for a time on the Township’s “Green Team” before beginning an almost four-year term on the Township Planning Board where he heard and decided on a variety of projects including the Mercer Council on Alcoholism and Drug Addiction, Costco, and the Bristol-Myers Squibb building on Princeton Pike.

In 2015, Christopher was elected to Township Council in a special election to fill an unexpired term and sworn in soon after. In 2017, Christopher was re-elected to Council to a full four-year term. As Mayor, Christopher is focused on continuing the Township’s strong record of providing excellent services while controlling costs. Building on this strong fiscal foundation, he is committed to working to increase sustainable practices in the Township, strengthening the local business community, and celebrating the wonderful diversity that can be found within the Township. The diversity of Lawrence reflects the strength of a community that takes to heart our country’s motto “E pluribus unum” or “Out of many, one.”

For the next two years, the Mayor Bobbitt continues as the liaison to the Affordable Housing Board, the Environmental Resources & Sustainability Green Advisory Committee, and the Growth & Redevelopment Committee. In addition, the Mayor continues to be involved with local chambers of commerce, Sustainable Lawrence, and is a member of the Eggerts Crossing Civic League.

Born and raised in Los Angeles, California, Christopher moved to the San Francisco Bay Area to attend Stanford University where he received his Bachelor of Arts degree in Urban Studies. After graduation, he attended the University of California, Berkeley where he received his Master of Architecture. After nine years of living in San Francisco, Christopher, his wife Tiffany Smith, and their daughter Frances moved to the Village of Lawrenceville where they fell in love with the Township. After an exhaustive search for the right house, the family found a home in the Colonial Lakelands neighborhood and added a son, Henry. Everyday Mayor Bobbitt walks the family dog around Colonial Lake and is reminded of the description of Lawrence Township as the place “where nature smiles for 22 miles.”